Play – How videogames are shaping our society 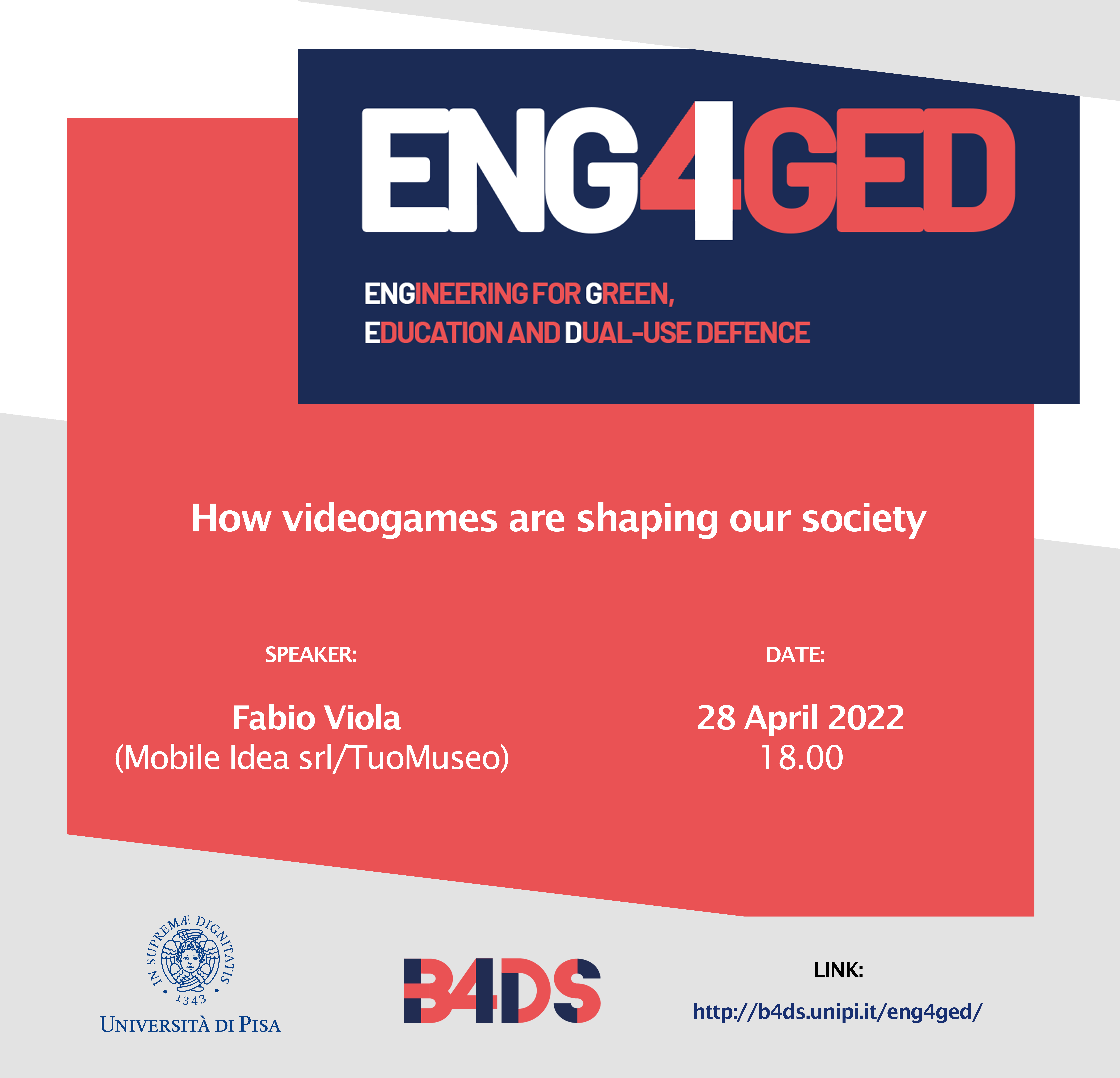 Title: Play – How videogames are shaping our society

Short bio: After years spent working for entertainment companies such as Electronic Arts Mobile and Vivendi Games on iconic titles like Fifa, The Sims, Crash Bandicoot, Harry Potter, Fabio Viola has dedicated his career to the use of playful practices in public and private spaces. Considered one of the most influential gamification designers in the world, he was awarded the “Design Lessons” award during the Milan Fuorisalone in 2018. Author of books such as “Gamification – Videogames in Everyday Life” (2011) and “The Art of Engagement” (Hoepli 2017), he is currently an adjunct professor for several Italian universities and academies. In 2016 he founded the international collective of artists TuoMuseo specializing in the intersection of gaming and cultural heritage. Over the years he has signed productions such as “Father and Son” for the National Archaeological Museum of Naples with 5 million downloads, “A Life in Music”, the first video game in the world produced by the Teatro Regio di Parma, “Past for Future” for the Marta of Taranto and “The Medici Game” for the Uffizi Galleries. Game Designer for several EU funded projects, he is currently curator for the Royal Palace of Venaria of the PLAY exhibition opening 22nd July 2022.

← What metaphors can tell us about the future. Explaining innovations through metaphorical mappings Predicting Employee Attrition Using Machine Learning Techniques →